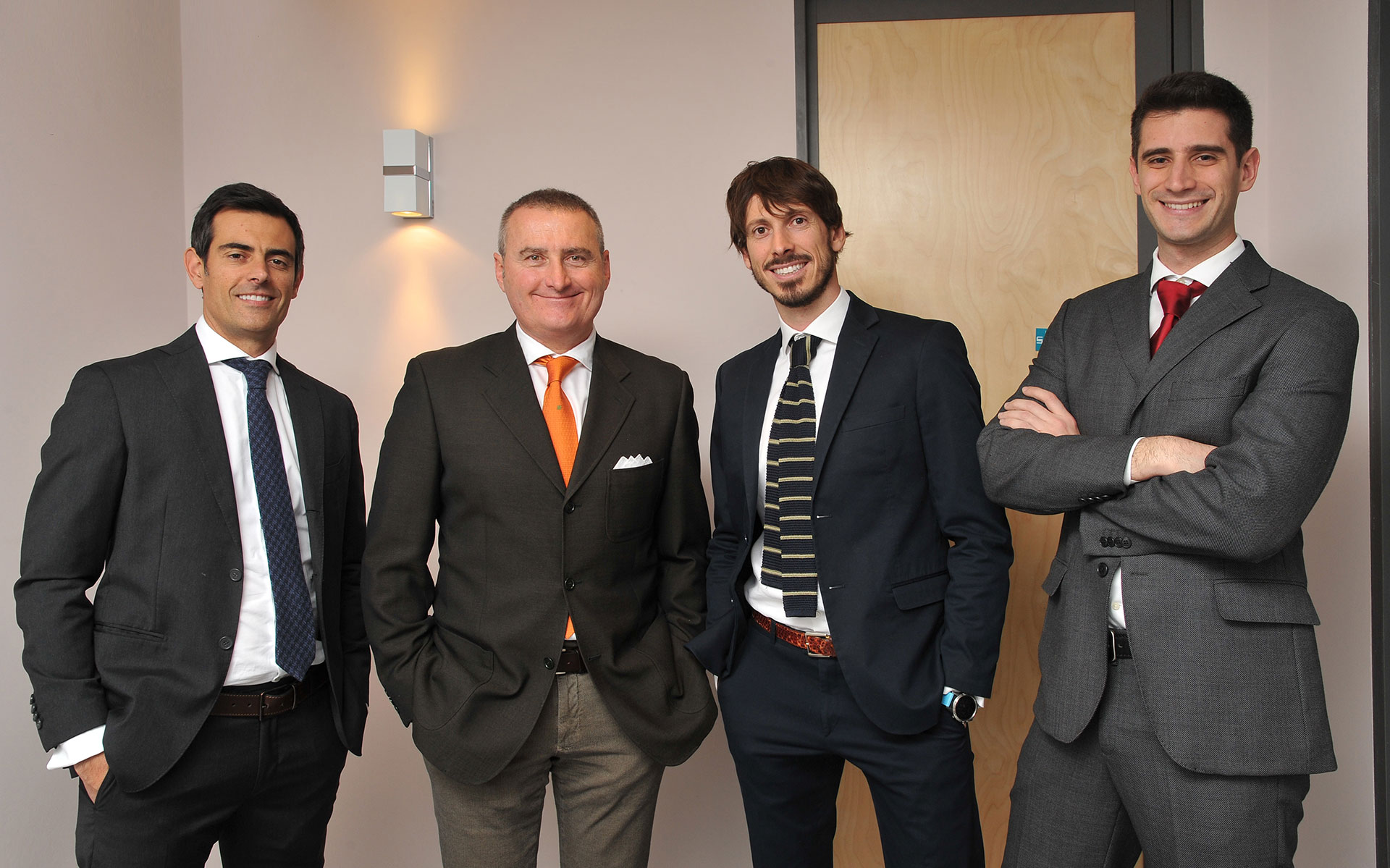 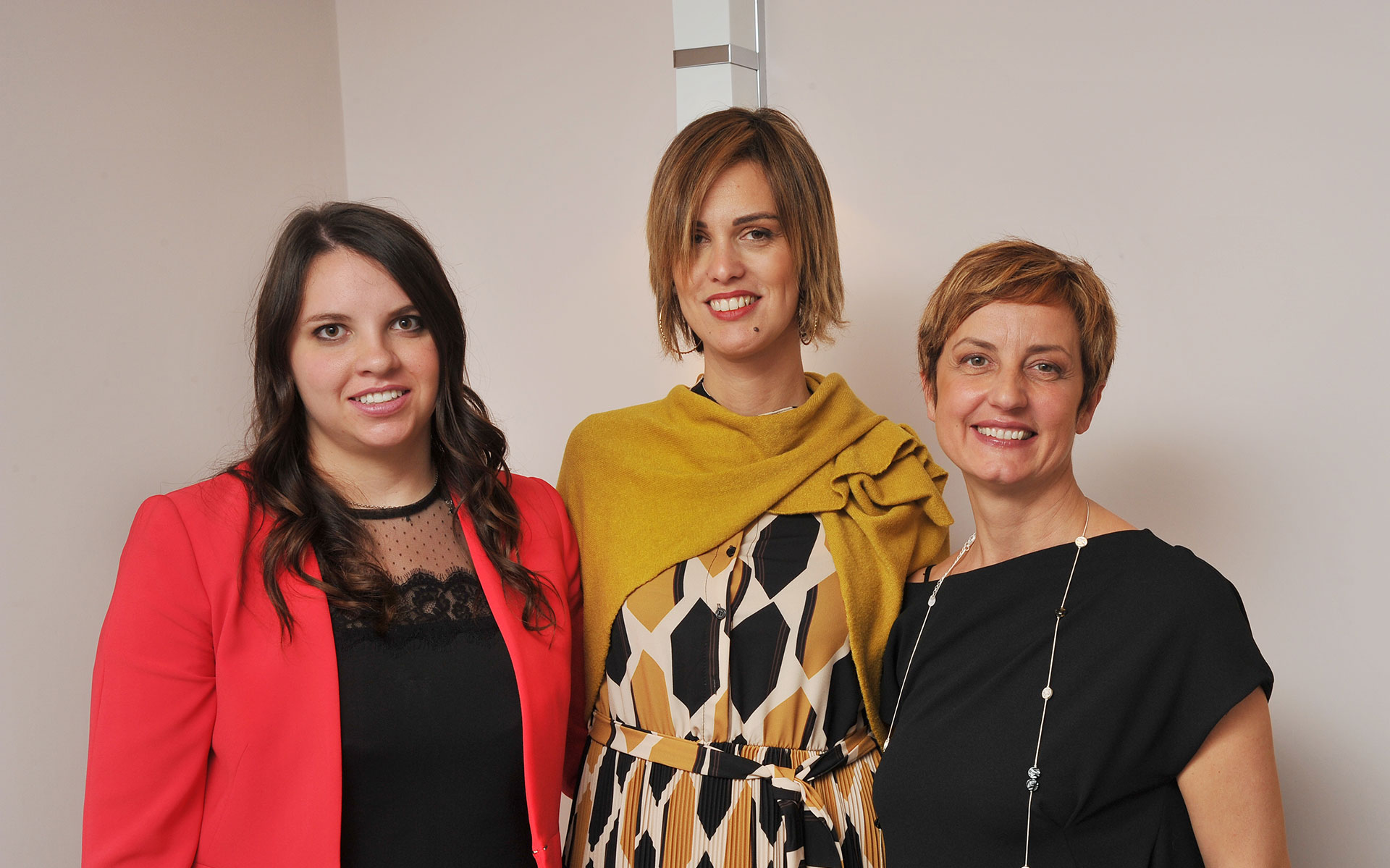 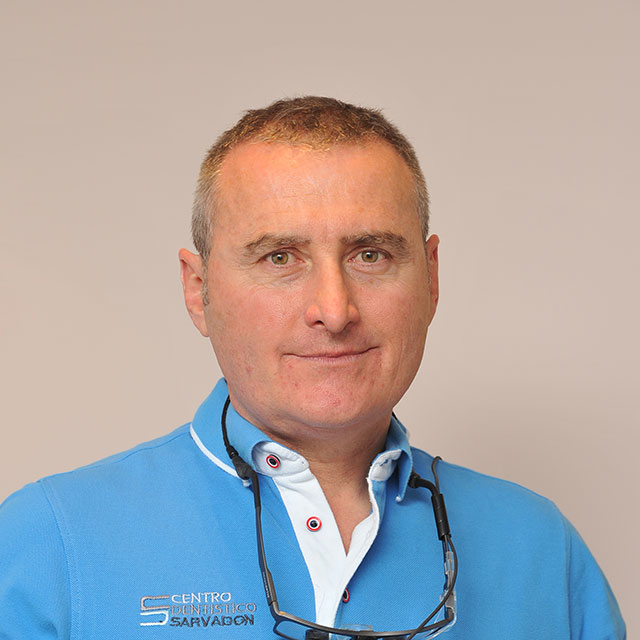 Freelance professional
Medical Director of the Sarvadon Dental Centre in Châtillon (AO).
He received his law degree in Dentistry and Dental Prosthetics in 1992 at the University of Turin.
Since 1993 he has been a lecturer in the Department of Stomatological Surgery of the University of Turin, subsequently a student tutor and an honorary fellow of the subject until 2006. In 1992 he was awarded the prize of Prof. Fornaca di Sessant Foundation for the scientific activity carried out in the field of Odontology. In 1997 he attended the annual course of Implant Prosthetics at the independent Department of Dental Prosthesis and Maxillofacial directed by Prof. Preti.
In 2000 he attended the annual course in Periodontology organised by the Department of Periodontology of the University of Turin.
In 2005 he attended the two-year Advanced Implantology course in the office of Dr. Tinti.
In 2008 he received the second level Master’s degree in Periodontology with honours from the University of Turin.
In 2010 he obtained a Post Graduate in Periodontology and Implantology at New York University. He has held many positions on the board of the ANDI (National Association of Italian Dentists) in Valle d’Aosta as Councillor then as Cultural Secretary and then as Vice President.
Second level European Master’s Degree “Laser in Odontostomatology” at the University of Parma. 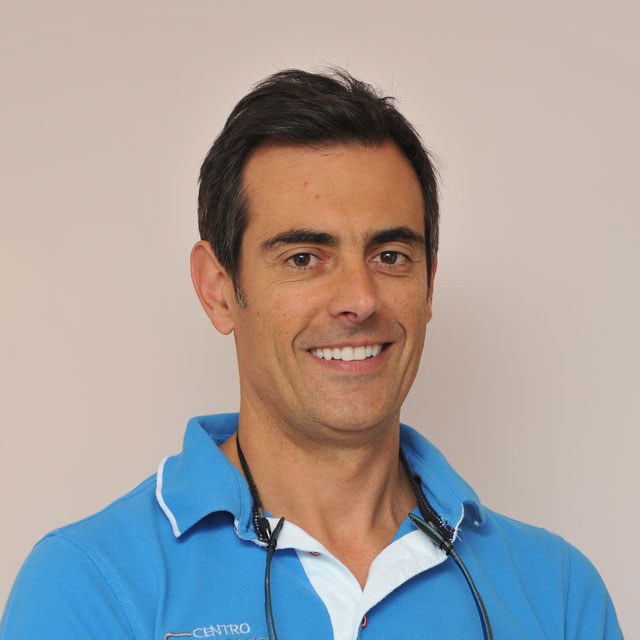 Freelance professional in Turin and Châtillon
He received his law degree in Dentistry and Dental Prosthetics in 2000 at the University of Turin.
He continued his university training at the same university, earning a specialty in Orthodontics in 2004.
In 2005 he attended the Orthodontics department of the Royal Dental College in Aarhus, Denmark, for 3 months, earning the short term program in Ortodontia Segmentata.
In 2008 he obtained a specialization in Implantology at the University of Genoa.
In 2012 he received a Post Graduate in Periodontology and Implantology at New York University, New York (USA).
Since 2014 he is Tutor in the NYU-Tutor Project in Italy program, NYU College of Dentistry, CDE Italian Graduates Association
Since 2016 he is clinical Tutor in the Orthodontics department, School of Specialty in Orthodontics, Dental School Lingotto, Turin.
Author of scientific papers and speaker at courses and congresses, he is a member of ANDI (National Association of Italian Dentists), SIDO (Italian Society of Orthodontics), SIDP (Italian Society of Periodontology), SIROM (Italian Society of Odonto-Maxillofacial Radiology). 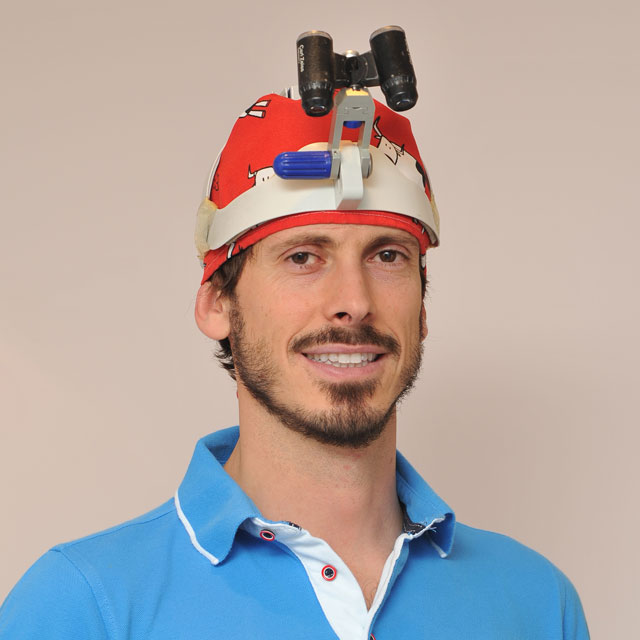 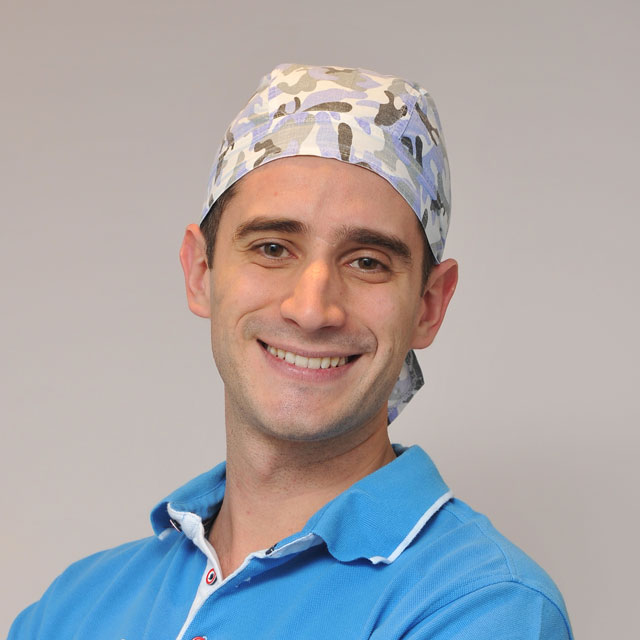 Andrea Roggia, born in Turin on 19 March 1989.
In 2012 he won the professional prize in Oral Surgery at the XIX National Congress of Doctors in Dentistry with the research “Application of plasma rich in growth factors (PRGF) in post-extraction sockets in patients who underwent radiotherapy for head and neck cancer: a preliminary study ”.
In 2013 he graduated with cum laude and right of publication in Dentistry and Dental Prosthesis at the Dental School of Turin.
In 2014 he completed the post-university course in Clinical Endodontics by Prof. E. Berutti in Turin.
In 2015 he completed the course “Advanced Surgical Implant Training Program” at the University of Buffalo, New York.
In 2017 he obtained a second level Master’s Degree in Prosthetics and Implant Prosthesis with Advanced Technologies at the University of Bologna – Alma Mater Studiorum.
In 2019 he obtained the Master of Science by Prof. G. Slavicek in skull-mandibular disorders Biomedical Interdisciplinary Dentistry at Steinbeis University in Berlin.
Already a consultant at the Department of Conservation and Endodontics, and at the Triage department at the Dental School of Turin, he works as a freelance professional in Piedmont and Val d’Aosta. 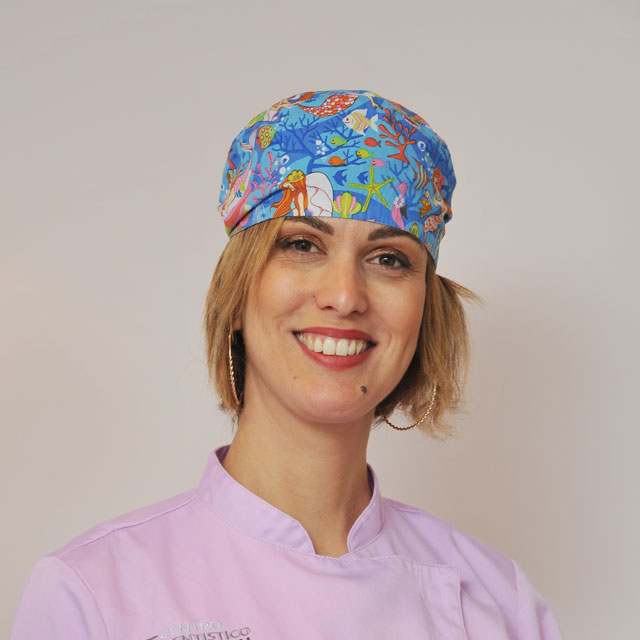 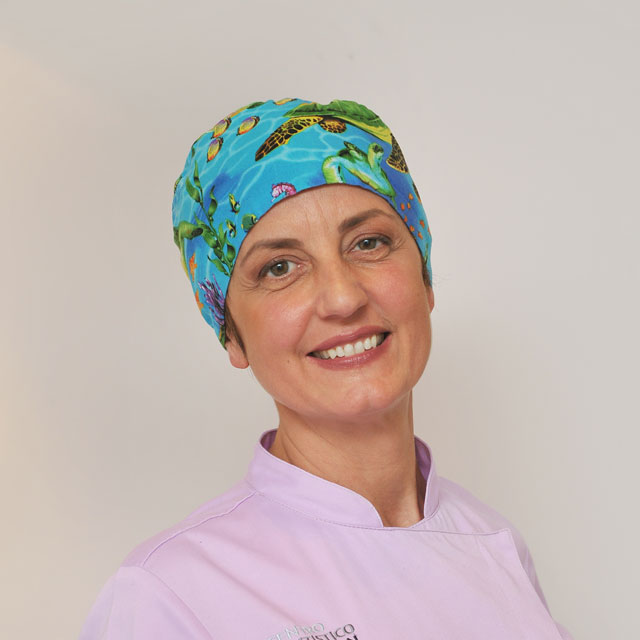 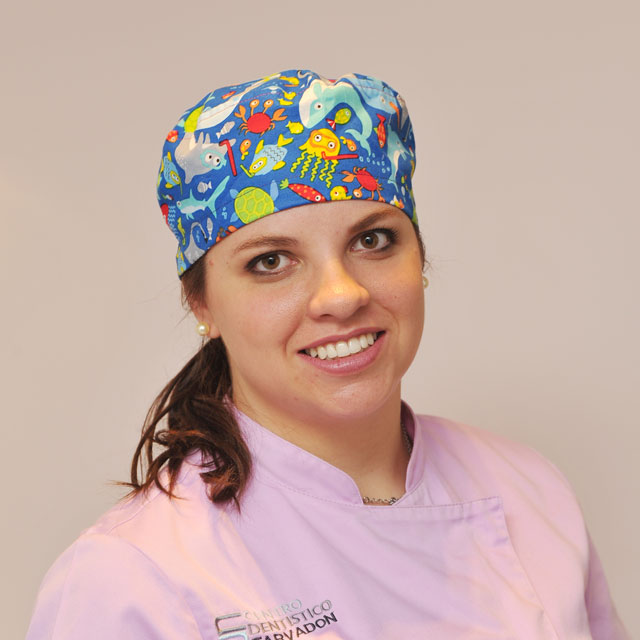 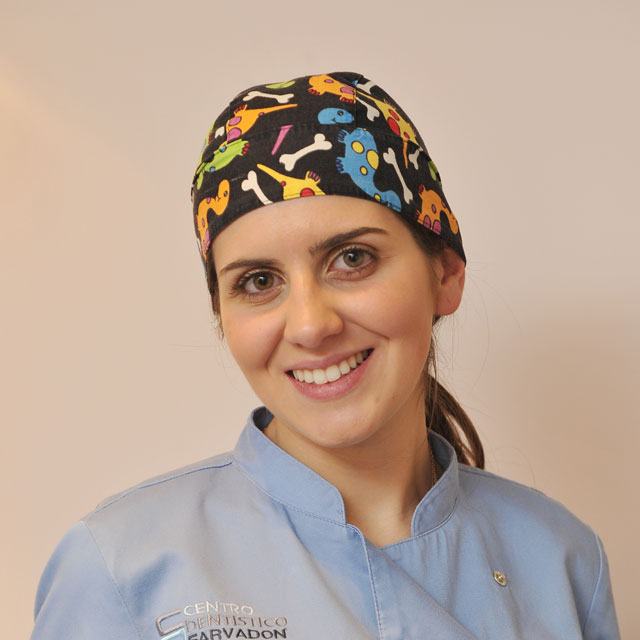 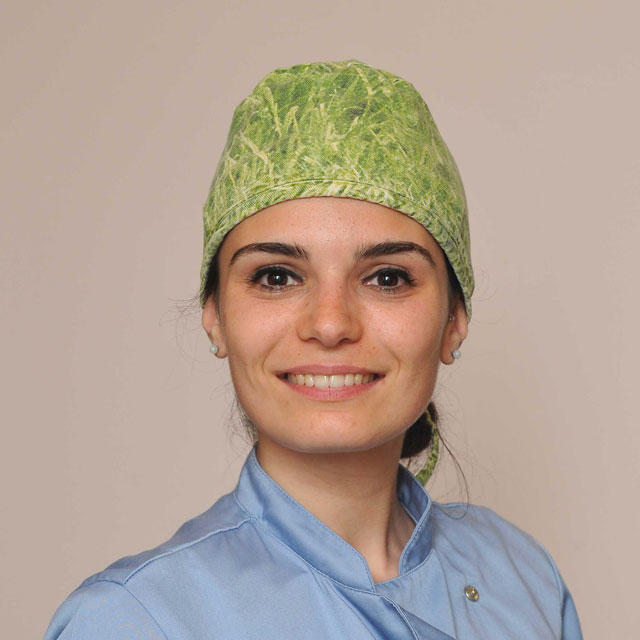 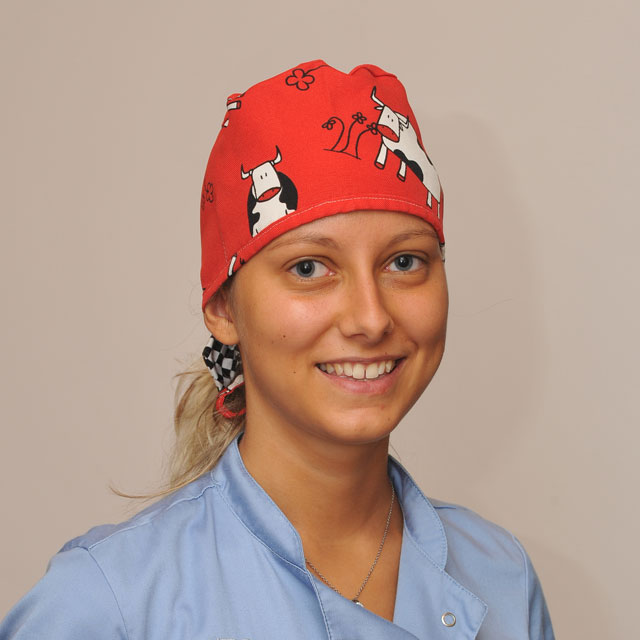 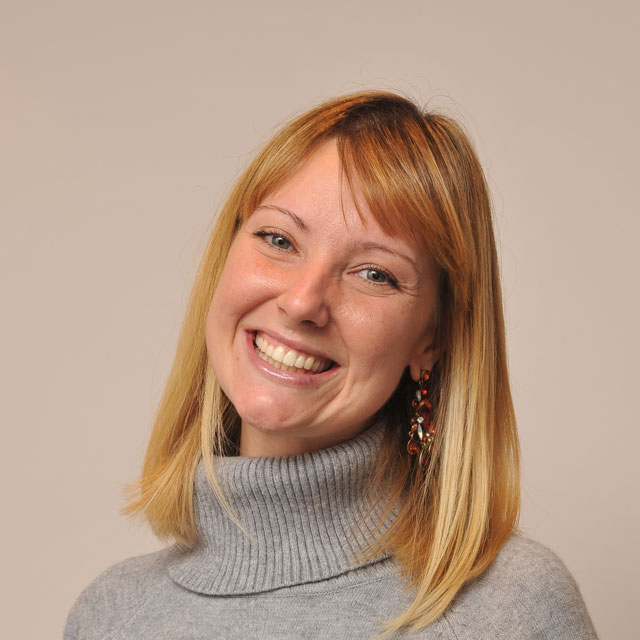 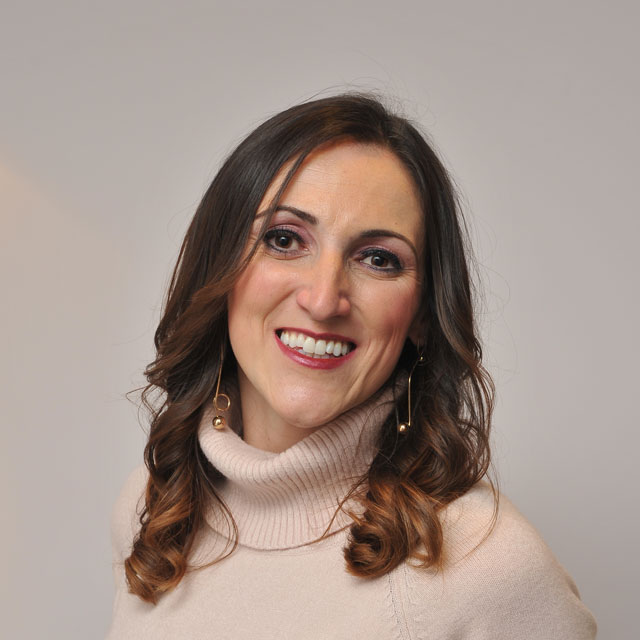 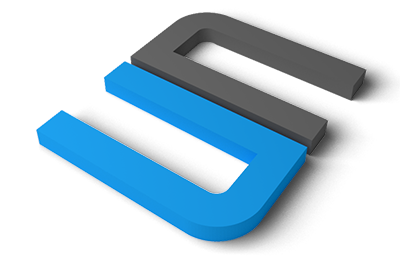